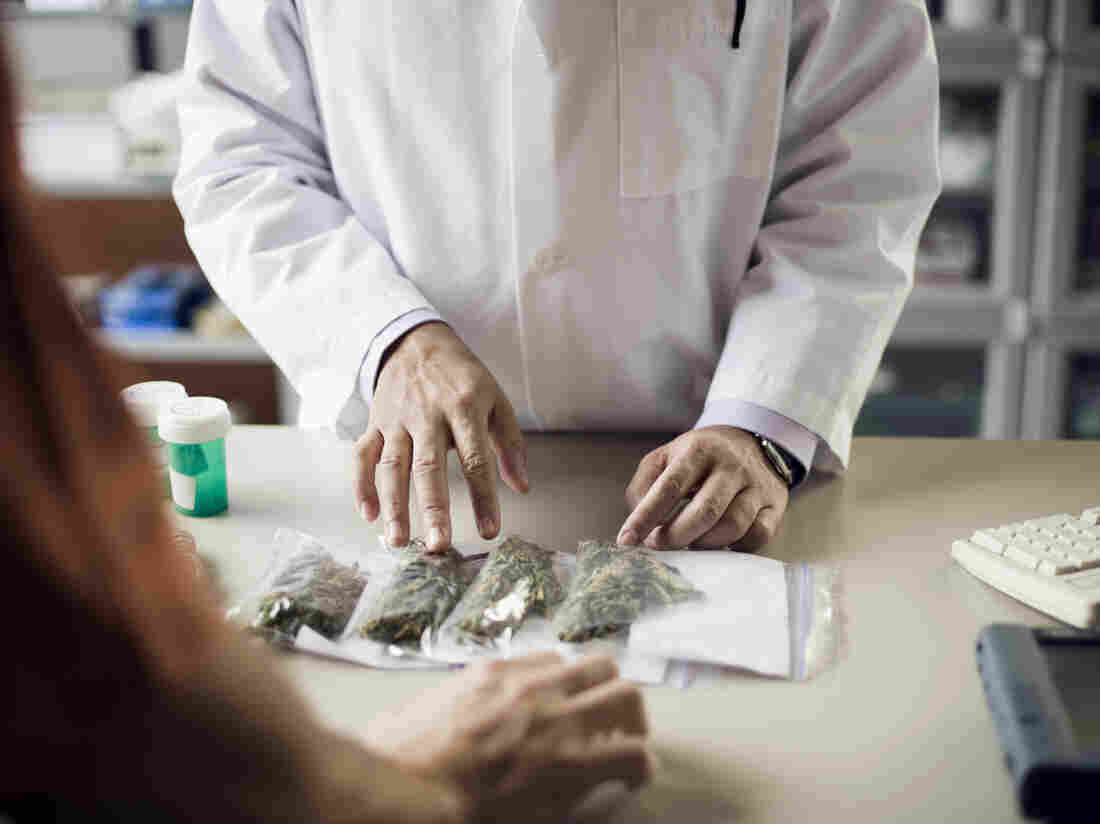 Thirty U.S. states have enacted medical cannabis laws, and all but one of them include cancer in the list of conditions allowed. Such laws give cancer patients across the country access to a substance that remains illegal under federal law.

Anecdotal reports suggest marijuana is helpful in managing symptoms of chemotherapy, like pain and nausea. But it’s unlikely curious patients are getting clear guidance from their doctors on whether they should try marijuana, which form might work best and how much to take. A new survey of 237 oncologists from around the country finds that while roughly 80 percent talk with their patients about marijuana, fewer than 30 percent feel they have sufficient knowledge to advise them about its medicinal use.

Despite their shaky knowledge of the drug, nearly half of all oncologists do recommend medical cannabis to their patients, according to the study, which was published Thursday in the Journal of Clinical Oncology. But more than half of those suggesting it, don’t consider themselves knowledgeable to do so, says Dr. Ilana Braun, a cancer psychiatrist at the Dana-Farber Cancer Institute in Boston, Mass. and the study’s lead author.

“Unfortunately, at this time, the evidence base to support medical marijuana’s efficacy in oncology is young,” Braun says. “So, often oncologists are borrowing from clinical trials for other diseases, or extrapolating from evidence on pharmaceutical-grade cannabinoids.”

The survey only asked about medical marijuana, defined as non-pharmaceutical cannabis products that providers recommend for therapeutic use. It did not include pharmaceutical-grade cannabinoids, such as a synthetic analog of tetrahydrocannabinol, or THC, which is FDA-approved for the treatment and prevention of chemotherapy-induced nausea and vomiting.

The study found most of the conversations about medical marijuana were initiated by the patient. This is not at all surprising, says Dr. Jerry Mitchell, a medical oncologist at the Zangmeister Cancer Center in Columbus, Ohio, who was not affiliated with the study. He says he gets asked about medical marijuana by patients several times a week.

“This is a product that is well-known,” says Mitchell. “It’s a product cancer patients think will help them, and they’re going to ask their doctors about it, which is what they should be doing. They should be advocates for their own health.”

Mitchell, who serves on his state’s medical cannabis advisory board, says he can’t be the one to initiate those conversations because there is currently no legal outlet to obtain the drug in Ohio. Although Ohio passed a law in 2016 to create a medical cannabis program, dispensaries don’t open there until September of this year.

Oncologists’ ignorance about medical marijuana leaves many cancer patients to go it alone in figuring out which cannabis products — and what dosages — might work best to help them manage the debilitating symptoms that often come with chemotherapy.

Larry Lenkart, 60, was diagnosed with stage 4 pancreatic cancer last September. He experiences severe pain, stomach cramps and nausea that lasts as long as 10 days following each round of chemotherapy. He’s had 11 rounds so far.

“Chemo feels like the worst flu you’ve ever had — just ongoing and ongoing,” says Lenkart, who lives in Springfield, Ill.

His oncologist readily agreed to certify that he had a qualifying condition for his state’s medical cannabis pilot program, but did not offer additional guidance on what to do once he received his medical cannabis card. 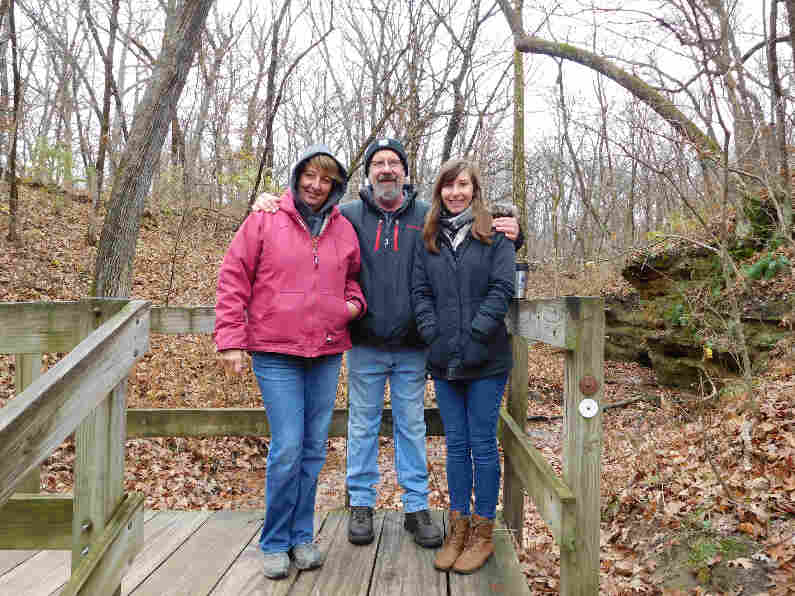 So Lenkart sought out information online and received advice from friends and staff at the dispensary. After four months of trial-and-error, he says he’s still trying to figure out what works: edibles, oils, vape pens or marijuana buds.

“The dosing part is what you have to really fiddle with,” says Lenkart.

In the end, Lenkart says, marijuana is helping with his symptoms of nausea, pain and mental fogginess. “It makes an unbearable situation bearable,” he says.

In the absence of rigorous evidence, anecdotes like this may be affecting medical practice.

Mitchell says there’s a lack of high-quality evidence to support the use of medical cannabis for cancer-related illnesses, and this could explain why many providers feel ill-equipped to guide patients on the matter. Randomized controlled trials simply do not exist.

But, Mitchell says he suspects many oncologists consider recommending medical cannabis after weighing the available evidence — including anecdotal — against what is known about the alternatives.

For example, for chronic pain treatment: “You’ve got opioids, which clearly have problems,” Mitchell says. “You’ve got nonsteroidals, which can work but are sometimes not effective for substantial cancer pain. Well, that’s all we have in our toolbox. And if that’s the case, then you have to back up and say, ‘Well, perhaps I’m okay with anecdotal evidence.’ “ 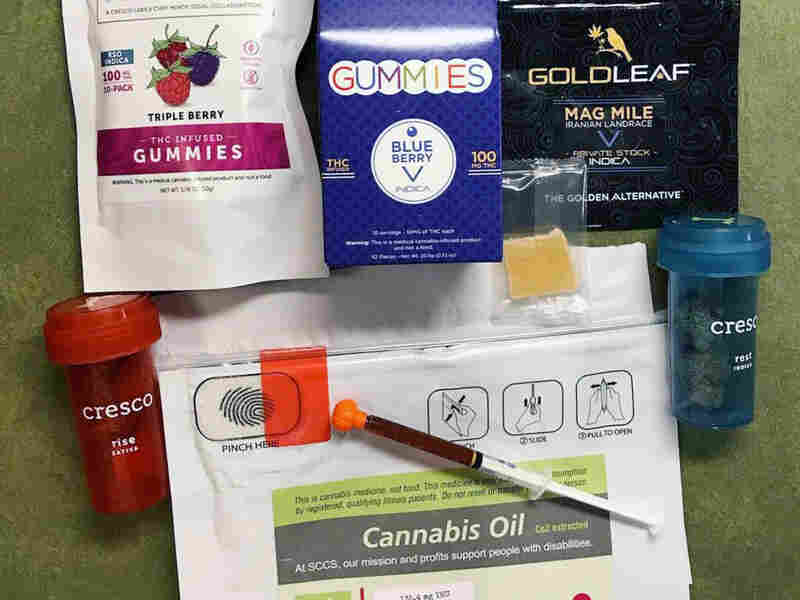 Lenkart purchased a selection of products at a cannabis dispensary in Illinois to try to help manage symptoms of chemotherapy. Courtesy of Larry Lenkart hide caption

Braun says she does not know why these discrepancies exist, but she plans to drill down into those questions in follow-up studies.

She is also planning to conduct clinical trials to study the use of medical marijuana for cancer-related symptoms.

In preparation for those studies, Braun says she has come face-to-face with the challenges associated with doing research on a Schedule 1 drug, which is considered, along with heroin and LSD, to have no medical use and high abuse potential.

“I’m in the process of installing an alarmed safe behind locked doors” in order to store the controlled substance, she says. “It’s complicated.”

Without randomized controlled trials, he says it’s hard for oncologists to know the tradeoffs they’re making when they recommend medical marijuana over treatments that are “standard of care.”

This story was produced in partnership with Side Effects Public Media, a news collaborative covering public health.