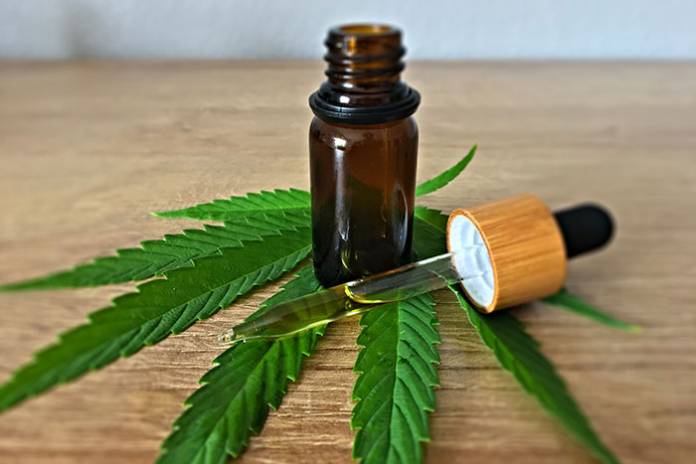 The CBD industry if full of facts, but for every fact, there seems to be a false expectation or myth to go with it. What’s the truth about CBD oil? What can you expect from taking it, and what will actually happen? We’re going to take a closer look at some common expectations for CBD oil and what the reality of the user experience actually looks like.

CBD oil is becoming a popular natural remedy for a variety of ailments, but as with most trends, there are skeptics that wish to delegitimize CBD products and spread doubt. The fact is, CBD does have incredible benefits to offer, and there are studies to back it up. Let’s dive deeper into the reality of CBD.

Expectation: When we say something is “natural”, we tend to consider it safe, without side-effects, and completely ok to use. CBD is a naturally-occurring compound, yes. It comes from the Cannabis plant and is one of 113 Cannabinoids found in the plant itself. Each Cannabinoid has a different effect and chemical structure, but CBD specifically offers many benefits to the human body.

Many people assume that CBD comes without side-effects and can be used as much as desired without the risk of any consequence.

Reality: While you won’t “overdose” on CBD and be subjected to harmful side-effects of that nature, you can expect a few effects if you take too much. Taking too much CBD is common with newer users who aren’t sure how the dosing will affect them.

Some of these side-effects include diarrhea, fatigue, mood changes, dry mouth, irritation, and nausea. These are just a few, but the point stands: just because it’s a natural compound, doesn’t mean it should be overused.

CBD Gets You High

Expectation: Many uninformed consumers assume that since CBD is derived from the same plant as THC, it will also cause you to feel “high”, or otherwise impair your physical and mental abilities. This is one of the main points that people against CBD will bring up, often without knowing anything about CBD, THC, or the plant the compounds come from.

Reality: The reality is that CBD is different from THC, and doesn’t produce the sort of high associated with THC/marijuana. Both CBD and THC interact differently with Cannabinoid receptors in the nervous system, and while they might have similar effects in the form of pain relief and anti-inflammatory properties, they are not the same thing.

You won’t feel euphoric or an altered state of mind while you’re taking CBD, but you may feel calmer, focused, and relaxed thanks to CBD’s anti-anxiety properties. Many people use CBD to help better manage stress and keep their minds from overreacting to certain stressful situations.

Keep in mind that not all CBD oil is made the same way, or even adheres to the same quality standards. The biggest providers, like Penguin, set their own quality standards as an example to the rest of the industry.

Expectation: There seems to be a common misconception about CBD oil; that it tastes awful. While some people dislike the taste of hemp, “natural hemp” flavors only make up a small percentage of flavor options in hemp oil.

Reality: CBD oil actually comes in dozens of flavor varieties, and each provider offers its own flavor line to choose from. Some common flavors include mint, vanilla, orange, strawberry, and berry or apple.

Expectation: Cannabis has been demonized and outlawed in the US since the early 1920s, and officially outlawed by the Controlled Substances Act in the early 1970s. Since then, Cannabis, including hemp (which contains much lower concentrations of THC than its cousin, marijuana), was listed as a Schedule 1 Drug under the legislation.

This essentially meant that any growth, cultivation, or sale of Cannabis or cannabis-based products (except under specific circumstances) was punishable by law. Cannabis was lumped in with the likes of heroin and cocaine, to give some context of what Schedule 1 means.

Reality: Hemp’s ban was officially lifted in 2018, under the “Farm Bill” which was signed into law by President Trump late in the year. This bill officially legalized growth, cultivation, and sale of hemp and hemp-based products, including CBD.

There is a catch, however. To be considered “hemp” Cannabis must contain less than 0.3% THC on a dry-weight basis.

While Cannabis has been officially legalized in several states in all forms, it still remains illegal at the federal level if it doesn’t meet the 0.3% rule.

CBD Will Cure Me

Expectation: Among homeopathic circles and other proponents of CBD oils and products, there seems to be an idea that CBD is somehow a “cure” for ailments or a “miracle compound” that can fix any problems you might be having. CBD offers many benefits, and some users swear by it for a variety of ailments.

Reality: The reality of CBD is that, while there is research to back up some of the claims, there isn’t any evidence to suggest that CBD “cures” anything. CBD can help with pain, inflammation, anxiety, and more, but it’s not a treatment for these conditions. Rather, CBD interacts with the body’s immune system to lessen its response to things like inflammation, thus, reducing the pain associated with it.

CBD Is A Hoax

Expectation: Every new trend has plenty of skeptics, but CBD seems to have drawn its fair share of them. Whether it’s because the compound comes from Cannabis or because misinformation is such a problem in our society remains unclear, but many still believe that CBD is nothing but a hoax.

Reality: CBD isn’t a “hoax” in the sense that it has nothing to offer and no scientific data to back up its claims. Studies have been conducted on CBD’s effects on anxiety, pain, inflammation, seizures, mood, and even heart health. Preliminary data show that CBD has mostly positive effects on the body and mental health, with few to no side-effects in most cases.