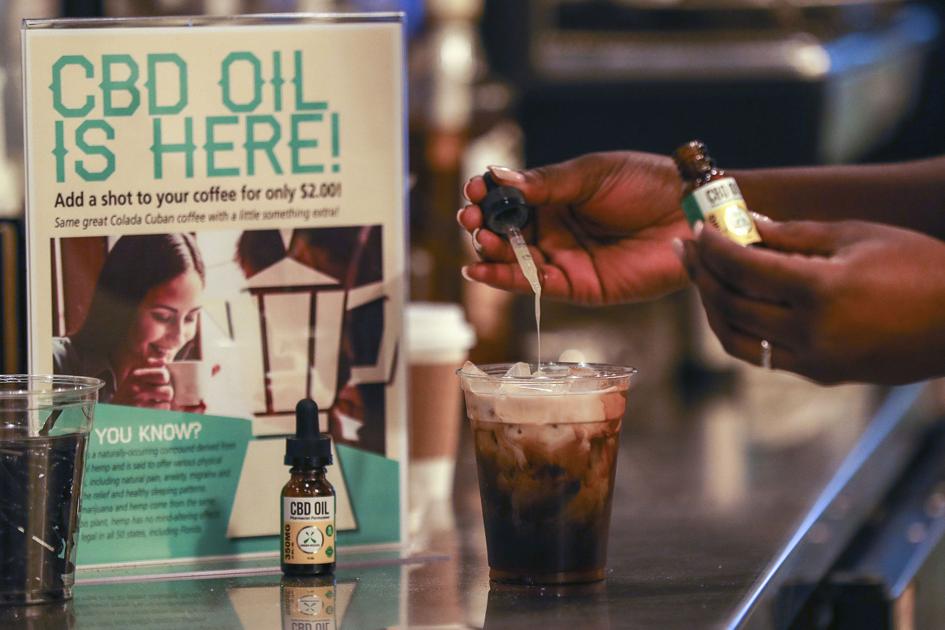 A recent industry study predicted the global cannabidiol (CBD) market will grow from $311.7 million this year to $1.25 billion by 2024. Hemp farming quadrupled in 2019; the crop, which was legalized in the 2018 farm bill, was seen as a huge new growth opportunity for beleaguered American farmers. More than 1,000 CBD-infused products are now available online.

This week, though, the U.S. Food and Drug Administration issued warning letters to 15 companies for illegally selling products containing CBD, saying they had violated the Federal Food, Drug and Cosmetic Act. At the same time the FDA published a revised Consumer Update detailing broad safety concerns about CBD products.

Bottom line: The federal government has not concluded that CBD is “generally recognized as safe” (GRAS) for use in human or animal food. Thus, CBD in food and drink is still illegal.

“It came out of the blue. We were just at a CBD show last week, and there were hundreds of similar products and websites,” said Brad Ridenour, chief executive of Koi CBD, one of the 15 companies to receive warning letters.

Companies that have charged ahead on developing and marketing CBD-infused food and drink say they have been waiting for direction from the FDA on how to label and market products and are increasingly frustrated with the agency’s lack of clear regulations.

Brands such as Ben & Jerry’s, Unilever and Anheuser-Busch have announced CBD products in development, and stores such as Walgreens, Kroger and CVS have vowed to sell them.

“They keep telling us they’re going to come out with guidance, and they don’t, Ridenour said. “They just tell us what not to do. We’re ready to comply with anything they throw at us.”

In May, Amy Abernethy, the FDA’s principal deputy commissioner, used a string of tweets to convey the agency’s reservations about CBD, saying: “We are reviewing available databases and medical literature about CBD’s safety. Thus far, the data appear insufficient.”

In June, an FDA document called “What You Need to Know (And What We’re Working to Find Out)” amplified the warning that the agency considered CBD products illegal, saying: “We are aware that there may be some products on the market that add CBD to a food or label CBD as a dietary supplement. Under federal law, it is currently illegal to market CBD this way.”

And then the FDA fell mostly silent on the subject, until now.

“As we work quickly to further clarify our regulatory approach for products containing cannabis and cannabis-derived compounds like CBD, we’ll continue to monitor the marketplace and take action as needed against companies that violate the law,” Abernethy said in a statement this week. “We remain concerned that some people wrongly think that the myriad of CBD products on the market, many of which are illegal, have been evaluated by the FDA and determined to be safe, or that trying CBD ‘can’t hurt.’ “

The Center for Science in the Public Interest applauded the FDA’s move. While CBD has been found effective and is legal in prescription form for two rare forms of epilepsy, the center says there is no evidence that cannabidiol will lower the risk of diabetes, shrink tumors, wean a person off opioids, ease schizophrenia or calm anxious pets — despite the claims of companies actively marketing CBD products.“The marketplace is full of products that are essentially unknown,” said Laura MacCleery, policy director for Center for Science in the Public Interest. “What that means is they are experimenting on consumers and I don’t think people are aware that they are guinea pigs.”

MacCleery said CBD products have been marketed for children’s use and for pregnant women and that researchers haven’t adequately studied either use. She said there are concerns about CBD and liver toxicity, and problems with supply chain quality control. Some products may be mislabeled, with more or less CBD than indicated. There are also concerns about contaminants, and since labels are often unclear whether the CBD is derived from marijuana or hemp, heavy metals may be a concern (marijuana is an effective extractor of heavy metals from soil).

“It’s an industry that is untethered to relationships of oversight,” MacCleery said.

The Council for Responsible Nutrition, the trade association for the dietary supplement industry, said the FDA’s move unnecessarily alarms consumers. They argue that the FDA’s inaction for the past year has facilitated an unregulated marketplace, which is bad for consumers and the burgeoning CBD industry.

“It’s time for FDA to announce a legal pathway to market for these CBD-containing supplements and to commence meaningful enforcement against products that flout category-wide requirements for dietary supplements,” said Council president Steve Mister.

In the same week when a major report was published describing diminished life expectancy for Americans attributed to drug overdoses and suicides among young and middle-aged adults, she said people are clamoring for mechanisms to manage mood and stress.

“CBD is marketed as a more natural alternative to alcohol, sugar, tobacco and opioids. Sixty-two percent of younger users say they use it to manage stress. Do we see the demand changing? No, we don’t. But consumers want clarity on safety. This [the FDA’s statement this week] leaves the American consumer without answers,” Bane said.

Alon Shabo, founder of SabaiDee, an organic hemp oil manufacturer that also received a warning letter, said he thought that the company was in compliance, but that the FDA may have targeted high-visibility brands to send a message to the industry.

The FDA took issue specifically with SabaiDee claims for their animal products and with consumer reviews on the website that made medical claims. The company is taking those down and reprinting a label for one product.

Shabo said that once there is a clear regulatory framework in place, there will be another rush of institutional funding and acquisitions. He said there are still players on the sidelines waiting to dive into the CBD market.

“Everybody is bulldozing full speed ahead,” he said. “People are still quite bullish.”