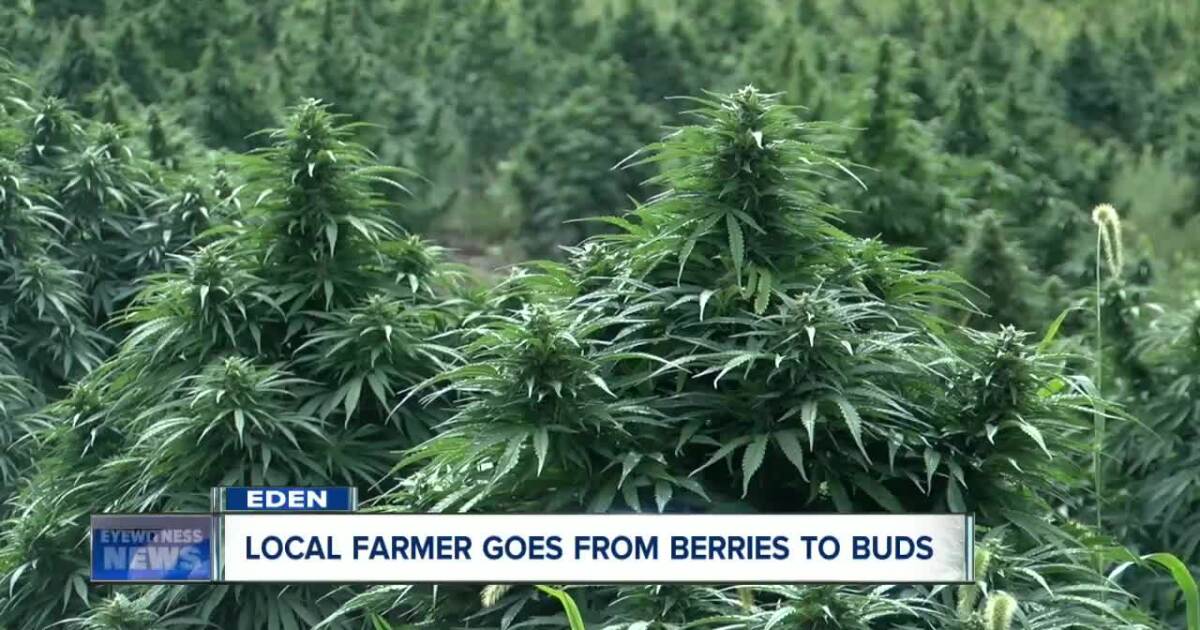 “I’m kind of known for raising something new and different every year,” said owner Tony Weiss.

Weiss Farms has been known for strawberries for years, but this time around, it’s hemp.

“A fellow came up to me and says ‘do you want to raise some marijuana?’ and I said ‘no, I don’t want to get arrested,” said Weiss.

But with the right license, growing hemp is completely legal in New York State, per Weiss.

He started off with a few acres, now he has 60. He still grows vegetables and other produce, but spends most of his time tending to hemp crops because it’s been good for business.

He said it’s the soil that makes Western New York a good place to grow hemp and expects the industry to grow, but not for recreational use. It’s proven that medical marijuana can help some people with a number of medical conditions.

Tony harvests the hemp by hand, then sets it out to dry in a greenhouse. They’re then shipped off and pressed into CBD oil. He even plans to release his own line of oils and creams.

“It can help with aches and pains,” said Weiss.

Weiss is someone who knows what can happen. Hemp helped him deal with the side effects of chemotherapy. Four years ago, he was diagnosed with lymphoma.

Now that he’s cancer free, he’s out at the farm every day checking in on his hemp crops.

“I figured, the good lord had something else for me to do,” said Weiss.

And he’s keeping the business all in the family.

“My grandfather bought this around 1915…now it’s going on to my son, he’s in the process of taking over,” said Weiss.