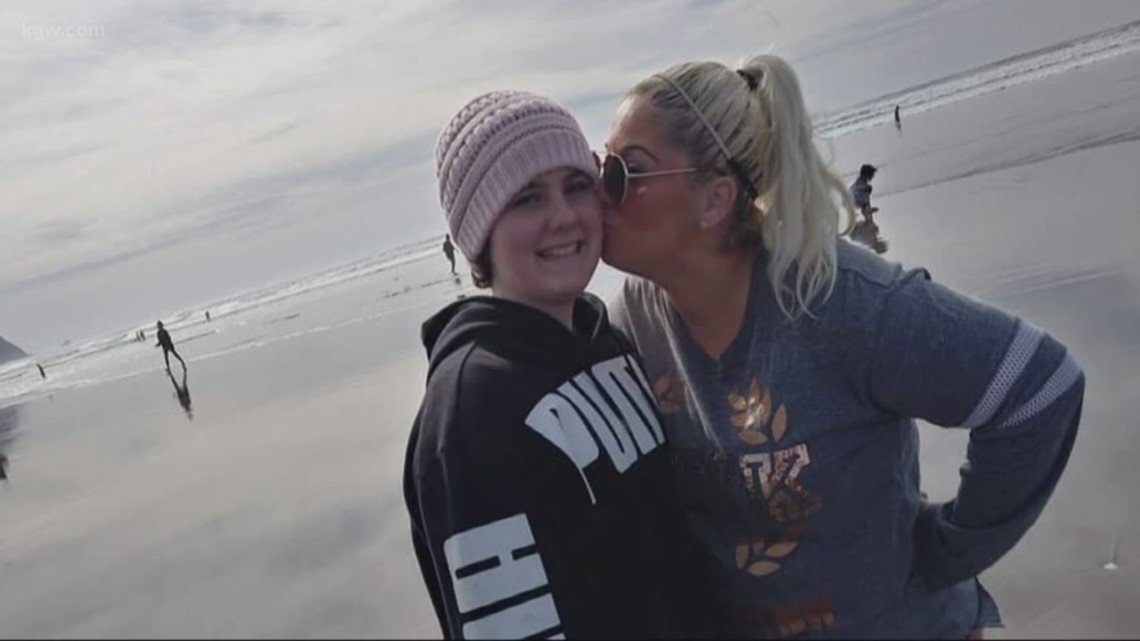 PORTLAND, Ore — The state of Oregon withdrew a request authorizing surgery on a 13-year-old cancer patient caught in a medical custody battle.

In court Friday, an attorney with the Oregon Department of Justice explained that a cancer specialist at Randall Children’s Hospital in Portland is no longer available to perform the surgery on Kylee Dixon. The state is looking for another physician, possibly out-of-state who can remove her tumor.

Last week, a judge postponed surgery for Kylee, who is suffering a rare form of liver cancer.

Kylee has been in state foster care since June when her mother failed to follow a court order to bring her daughter for prescribed medical treatment.

Christina Dixon previously told KGW she believes alternative treatment, including CBD oil, should be used to treat her daughter’s cancer.

“Kylee’s condition has not changed. The diagnosis and prognosis have not changed,” warned Terwilliger.

RELATED: Medical kidnapping or saving her life? A 13-year-old with cancer is caught in the middle

Previously, the state argued without surgery Kylee’s tumor would grow, causing her to get sick and eventually die.

The state can resubmit its request authorizing surgery later.

Kylee doesn’t want doctors to perform surgery, according to her attorney.

“She doesn’t trust what they say,” explained her lawyer Rebecca Schaleger.

Kylee’s medical custody battle stems from a fundamental breakdown between her family and caregivers, according to attorney Brett Hall, who represents Christina Dixon. Hall told the judge Kylee’s family felt misled and mistreated by doctors and health care providers.

Hall is pushing for a neutral, third-party doctor to intervene in the case. He suggested a cancer specialist from Florida examine Kylee and offer an outside opinion, in hopes it might satisfy all parties and allow Kylee to return home.

“I’m hoping we can move toward that next stage,” explained Hall.

RELATED: ‘They are going to drag me to the hospital’: 13-year-old cancer patient fights against planned surgery