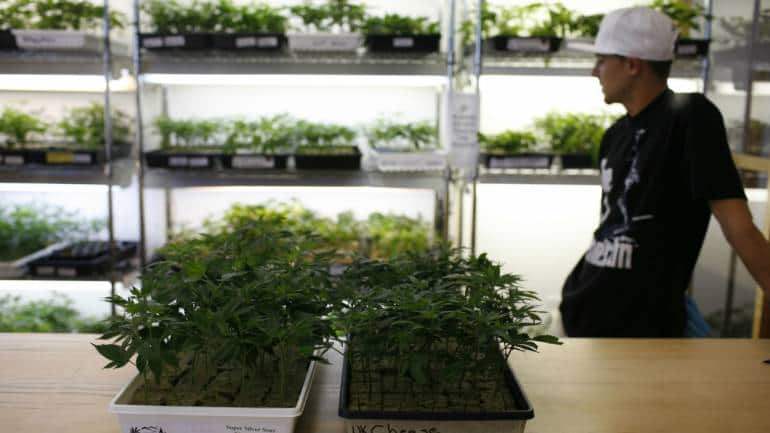 Akseera Pharma, a Canadian startup founded by entrepreneurs of Indian origin, is planning to begin clinical trials and manufacturing of Cannabidiol (CBD), a medicinal compound derived from Cannabis, in India.

CBD will be used in a potential therapy for cardiac arrhythmias, or irregular heartbeat, with possible link to COVID-19.

Cannabis in India is popularly referred to as ganja. There are three types of the plant — cannabis sativa, cannabis indica, and cannabis ruderalis.

All three are known for psychoactive properties that can alter brain functions, affecting one’s mood and consciousness.

Arrhythmias occur when the electrical signals that coordinate heartbeats do not work correctly. It can cause heart failure.

CBD is not an intoxicant

CBD, which Akseera is planning to repurpose for COVID-19 treatment, is approved in many countries, including the US, to treat rare forms of childhood epilepsy or seizures such as Dravet Syndrome, for which traditional medicines don’t always work. The advantage of CBD is that it is not intoxicating.

“We have pre-clinical data. We are ready for clinical trials,” said Manit Patel, Chief Executive Officer and Co-Founder, Akseera Pharma.

“CBD, which is our prime candidate, already has approvals in different countries for different conditions. So we are basically suggesting repurposing of the drug, just like azithromycin and hydroxychloroquine,” Patel added.

Patel said Akseera is reaching out to the Drugs Controller General of India (DCGI), and if everything goes according to plan, CBD therapy for COVID-19 would be available in India before the end of this year.

Akseera’s co-founder Shreema Merchant says they are considering the drug for both adjunct as well as standalone therapy.

How did it begin?

“In January, when the pandemic was gaining momentum, what we found in research was that CBD can actually rescue cardiac cells from arrhythmias,” Merchant said.

“Some of repurposed drugs like hydroxychloroquine are found to cause arrhythmia in certain cases, a lethal side-effect that CBD can rescue. We found ourselves in a very obvious position to help make COVID treatment safer and affordable, accessible to patients with comorbidities,” Merchant said.

Merchant, who is a molecular biologist, and Patel, a pharma industry veteran, founded Akseera in 2015 in Waterloo, Canada. They worked with Simon Fraser University and University of Waterloo on the research part.

Also Read: Explained: Why AstraZeneca halted then resumed its trial, and the challenges in vaccinating the whole world

Merchant said they started the company in Canada since Cannabis was legalised in the country in 2018. Government funding for companies engaged in research on Cannabis followed.

Patel says that cannabis plant contains hundreds of chemical substances known as cannabinoids, but extracting these compounds on a commercial scale, with high purity and consistency, remains a huge challenge.

But two compounds — CBD and Tetrahydrocannabinol (THC) — have been of great interest for companies like Akseera and scores of other startups.

Hundreds of studies that examine CBD and various other cannabinoids to treat a wide range of ailments — from pain to chemotherapy-induced nausea, heart disease and central nervous system conditions – are under way.

CBD is also known to have anti-viral properties. The approval of CBD has triggered an explosion of over-the-counter products like oils and supplements.

Akseera has launched a wholly owned subsidiary in India in March to start the manufacture, distribution and export of CBD.

The company is collaborating with the Institute of Chemical Technology in Mumbai to develop lab-based CBD as active pharmaceutical ingredients (APIs) and make formulations.

Akseera says it is the only company that has the permission for CBD production using biosynthes to produce pharmaceutical products. Patel says they are working on sublingual formulations for CBD.

In India, growing and possessing cannabis are illegal under the Narcotic Drugs and Psychotropic Substances (NDPS) Act, 1985. The law bans cannabis production.

However, state governments can grant licences to cultivate it for industrial or research purposes. The Union finance ministry has sanctioned a research and development project on compounds such as CBD and tetrahydrocannabinol (THC) found in Cannabis.

Ayush experts, too, have been asking the government to allow medical cannabis, especially in pain management. Source: https://www.moneycontrol.com/news/business/this-canadian-startup-plans-to-repurpose-cannabis-derived-drug-for-cardiac-diseases-linked-to-covid-5851761.html